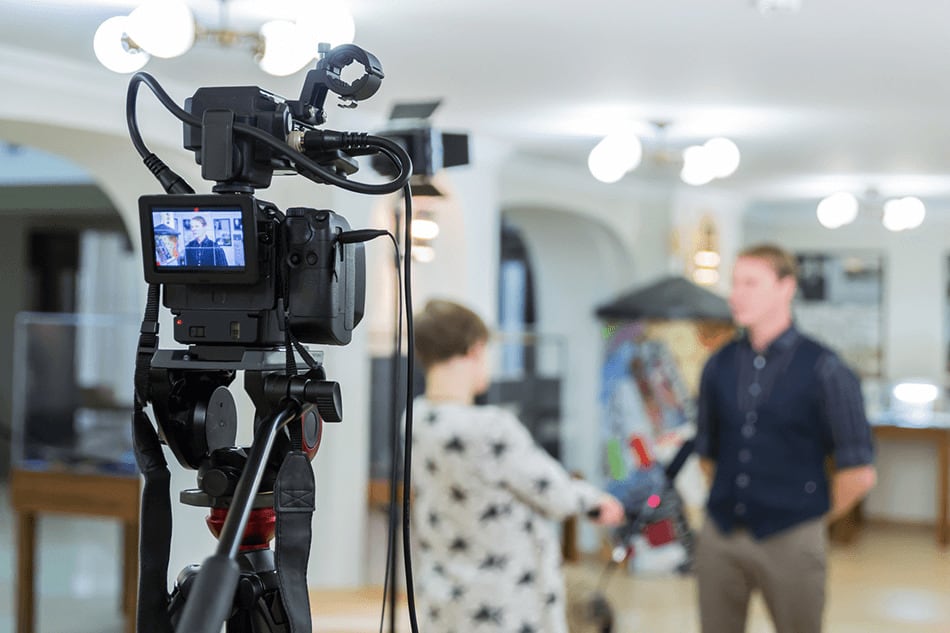 We are often asked what costs our customers are faced with in detail. It is very difficult to give a general answer to this question, as the production of an image film differs from case to case depending on the brand, service or product. However, in order to give you an overview of the items involved, we will show you in this article what the final price for your image video might look like using a film already produced for the Albin Group. The Albin Group is a company that is involved in the areas of aesthetics & healthcare. The image film particularly was to focus on the philosophy of "We Take Care". It should show a partner that sells quality products, but also can demonstrate expertise and know-how.
Share this post

In a first step, we get to know our customer. To do this, we meet him on site and highlight all the important factors during a consultation. These include:

Based on these and other questions, we develop a suitable story together. This, in turn, determines how the elaborated idea is implemented and what budget has to be spent on it.

"The Albin Group wanted to reach smaller and medium-sized companies in Switzerland with its image film. In addition, marketing managers, managing directors and women and men between the ages of 30 and 55 who work as doctors or cosmetic surgeons were to be addressed. Values shown such as reliability, openness and Swissness were to additionally support the corporate philosophy "We Take Care". Accordingly, the concept of the video had to be realised. The finished image video was finally placed on the customer's website."

Once the expenses have been clarified and approved by the customer, we start writing the script. We then create a shot list with the respective camera settings and start online casting for extras and protagonists. The costs for actors vary without TV and push media buyout as follows:

The shooting schedule, which is also drawn up in this time frame, also specifies when, where, how long and with whom filming will take place.

"For Albin Group, we needed ten extras and an experienced actor for a protagonist. As part of the film, an actor in the role of a doctor was given a tour of the Albin Group. He first met the managing director Lou Albin, who then introduced him to the premises. These included the reception, showroom, office, warehouse and workshop. In each of these rooms, the protagonist met other employees - impersonated by extras. During his tour, the values of the Albin Group were to be made subconsciously clear. All these measures including online casting took about one and a half days (12 hours á 130 Swiss francs excluding VAT) and were charged at 1,560 Swiss francs excluding VAT."

During production, the concept is finally brought to life - your image film is shot! All previously made considerations come together here and are implemented within a few shooting days. In order to work efficiently, all people involved must therefore be fully prepared and know exactly what needs to be done. The script, shooting schedule and shot list provide clarity for a smooth shoot.

"For the Albin Group, we scheduled a full day of shooting in Fehraltdorf. A 3-man crew for camera, lighting and camera assistance as well as direction shot all necessary scenes in the premises on location as well as the previously conceptualised encounters of the doctor with the individual employees. This resulted in a price of 3,120 Swiss francs excluding VAT. This also included expenses for the catering of all participants for about 300 francs."

Once all scenes have been shot, the post-production phase follows. During this phase, the raw material is sorted, cut and dubbed. In addition, colour grading is used to create the right atmosphere. As a rule, these tasks take longer than the production itself, since many individual steps are necessary until the image film is perfect. Depending on the concept, a narrator can also be hired to record the text developed during the conception phase. Targeted use of music can additionally support the atmosphere. However, licensing fees may be due for this.

"For the Albin Group image film, we needed two full working days for editing and post-production. A medium to fast cut was agreed here, which meant about two seconds per clip. The costs here amounted to 2,080 Swiss francs excluding VAT. (16 working hours at 130 Swiss francs excluding VAT). Additionally, an English text was recorded by a male narrator. The briefing of the narrator as well as the dubbing in the studio cost 390 francs. Appropriate music was also used. Its licence was 95 francs for online purposes."

The final costs of the image film for the Albin Group were as follows (each excluding VAT):

This resulted in a final amount of 9'545 francs excluding VAT. This can be seen as a rough orientation for your own image video, but should also be used exclusively as such. Depending on the effort required, the price of an image video can vary greatly.

Example: If several actors are needed, the total price increases. If employees of the company are used instead, you can expect less costs, because the costs for actors are saved. The same applies to voice actors - if one is used, additional costs are incurred.

From the cost breakdown in this article, you can read out item by item, which final price you can expect for your project. Thereby we promise you

If you also need a high-quality image film for your brand, your service or your company, you can reach us at any time via our contact form or by phone at +41 43 534 00 35. We look forward to your inquiry! 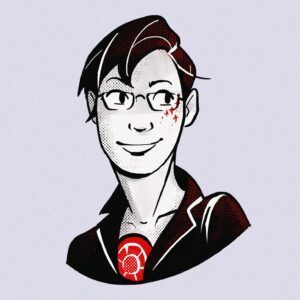 Jay Pendragon
Content Writer
Jay is a copy writer and content writer with more than 15 years of experience. As "Creative Jay of all Trades", Jay supports youstream in the area of content creation for blog, LinkedIn and email.
Share this post
Latest posts 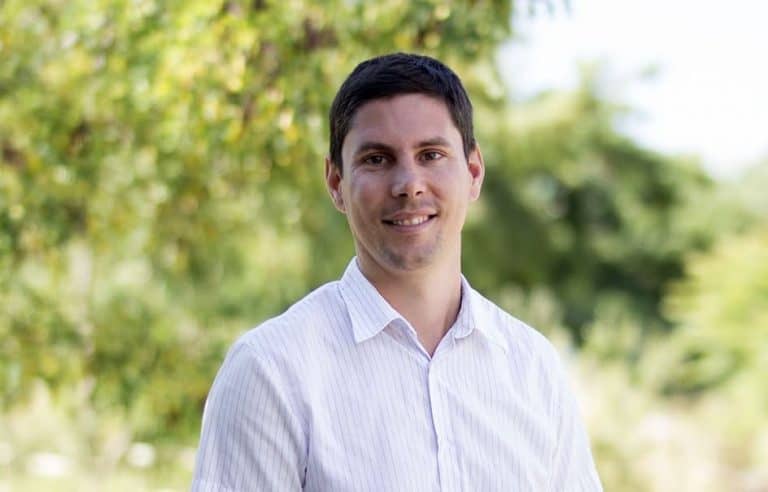 Interview: A director reveals what matters
18. May 2018
Whether they produce a two-hour film, a short commercial or an image film, directors all have something in common: They […]

Copyright in Switzerland, right of use & Co. for film & video
15. June 2018
Copyright Anyone who produces something themselves - be it a text, a melody, a picture or a video - is […] 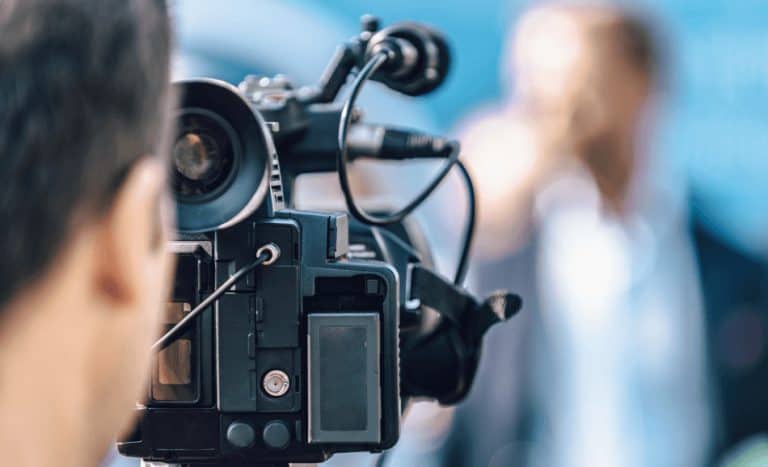 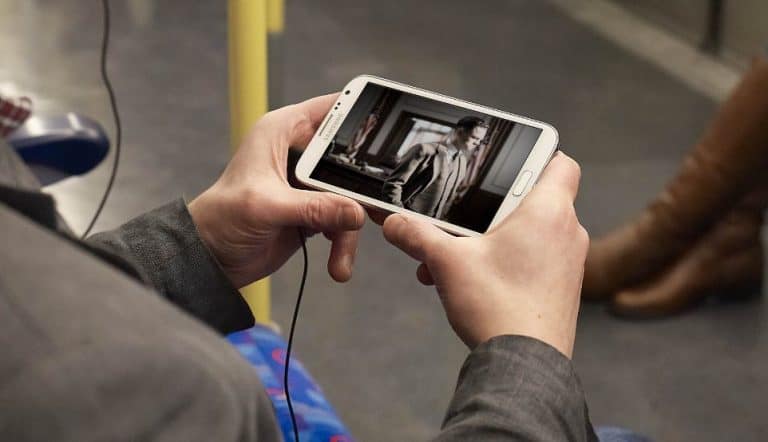 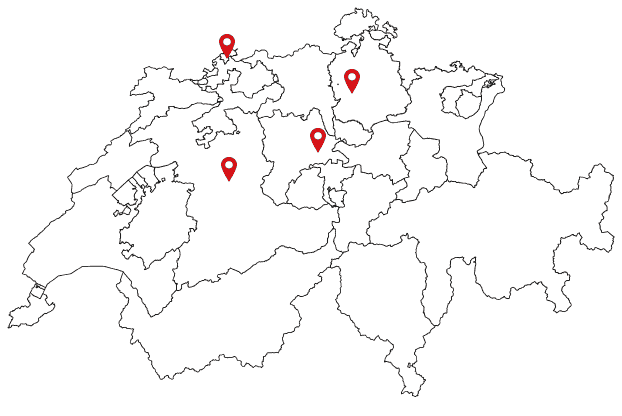